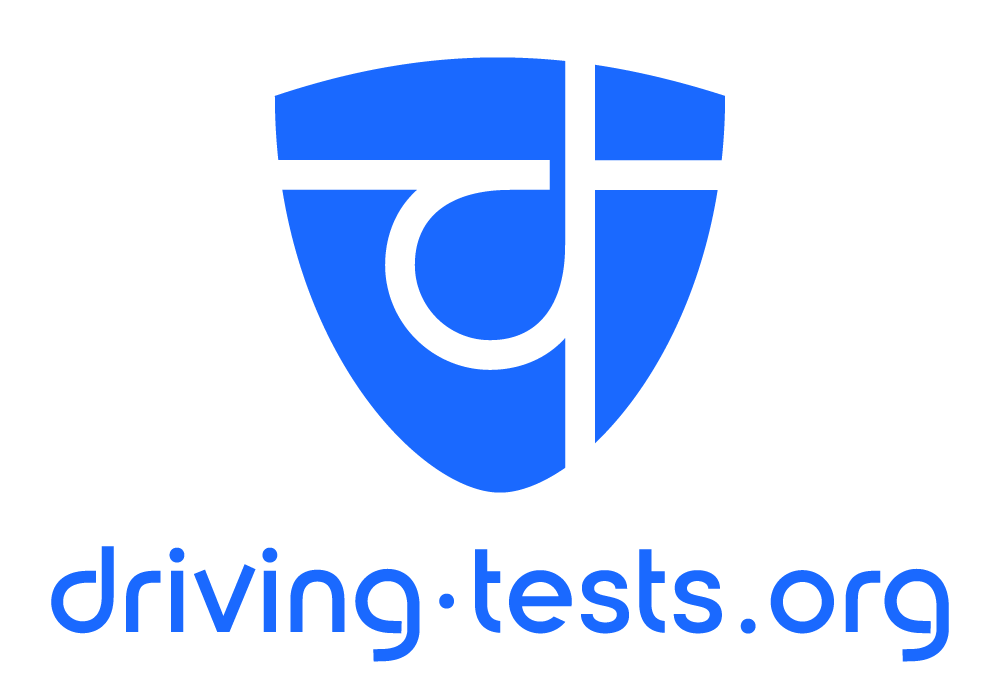 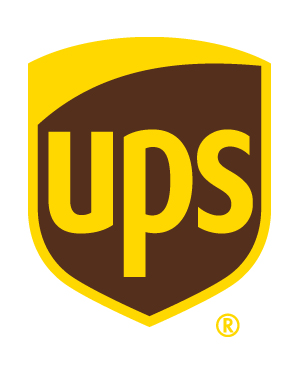 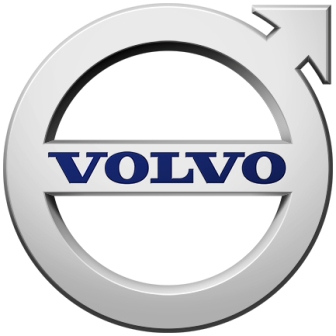 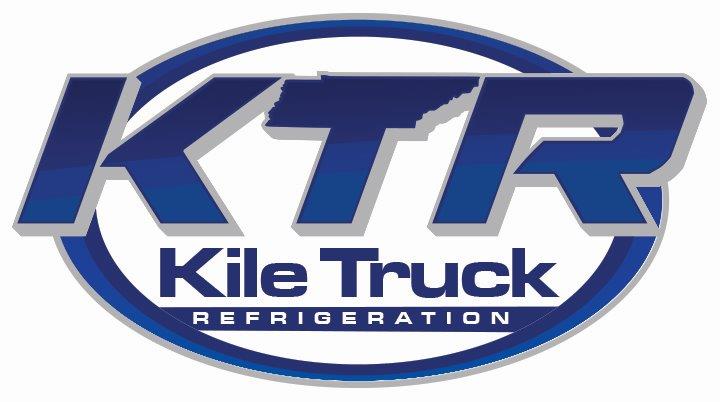 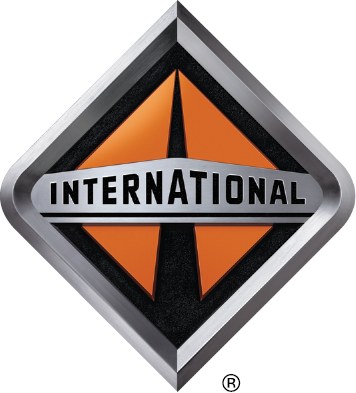 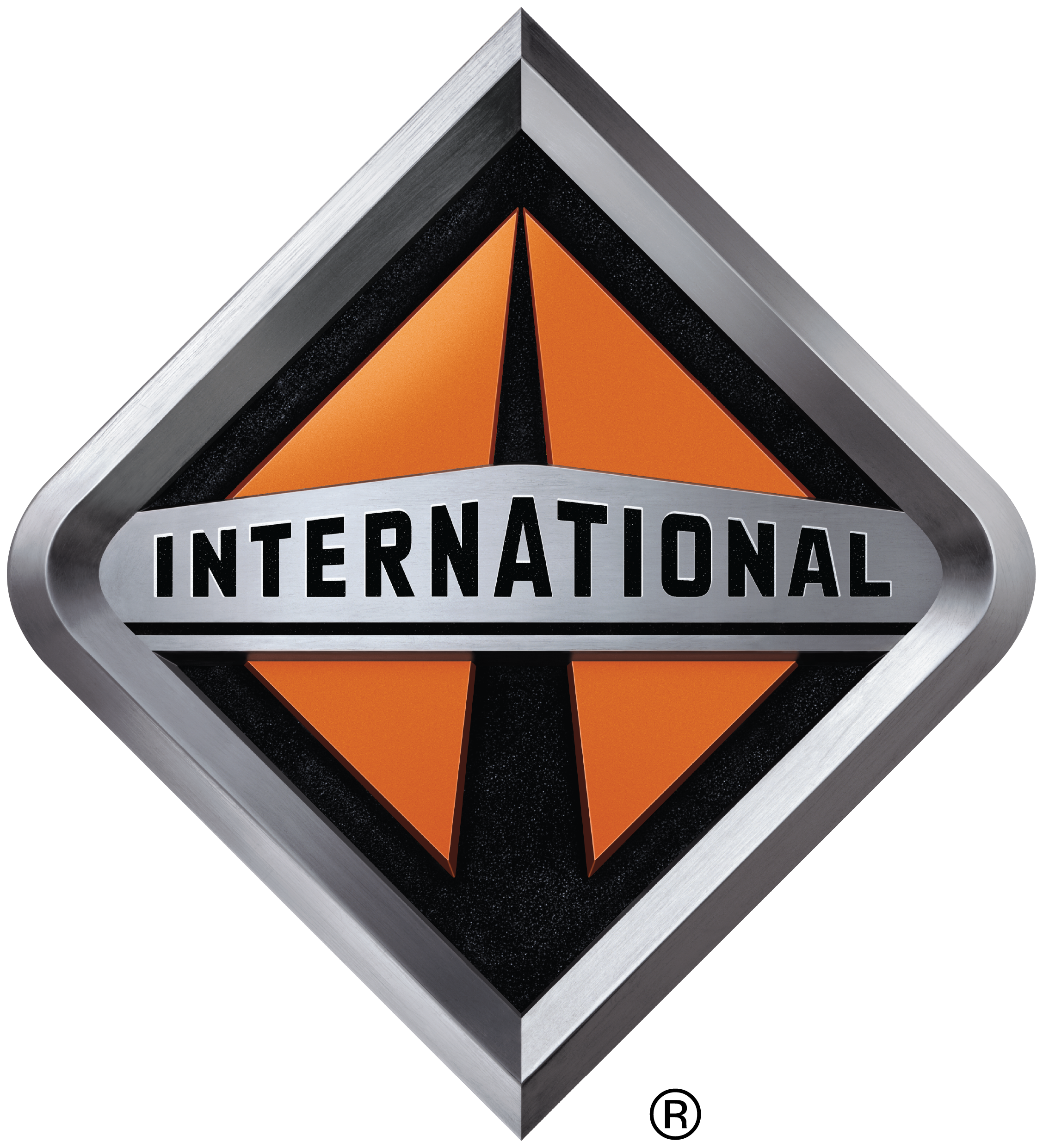 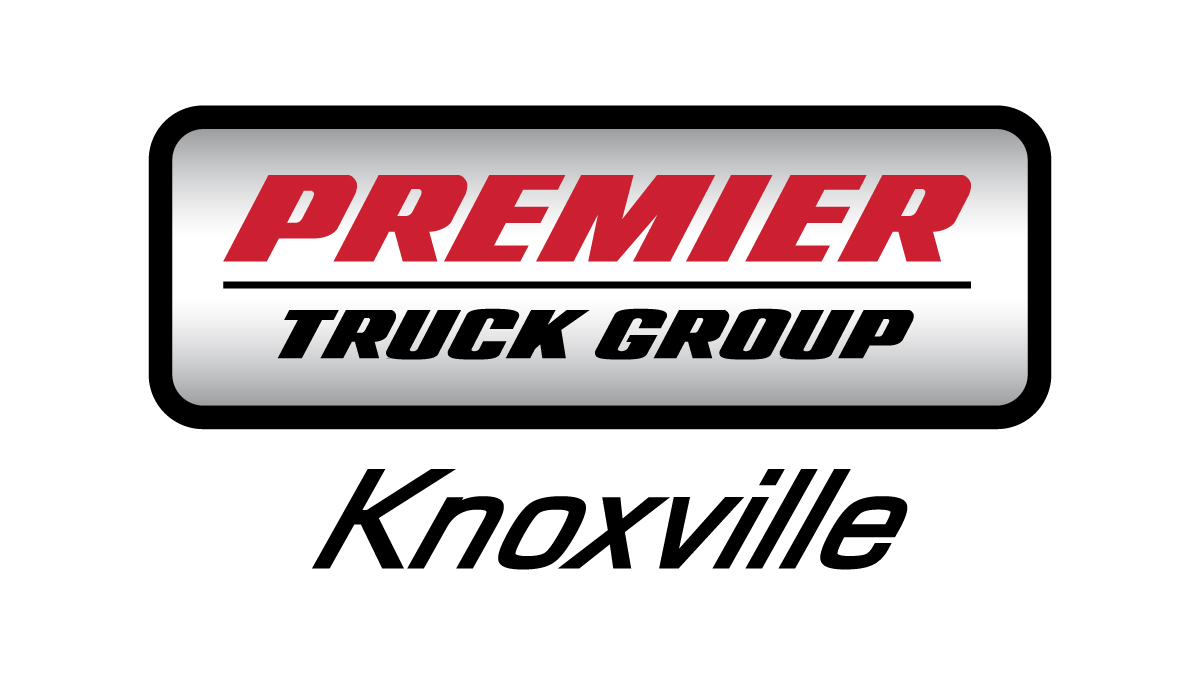 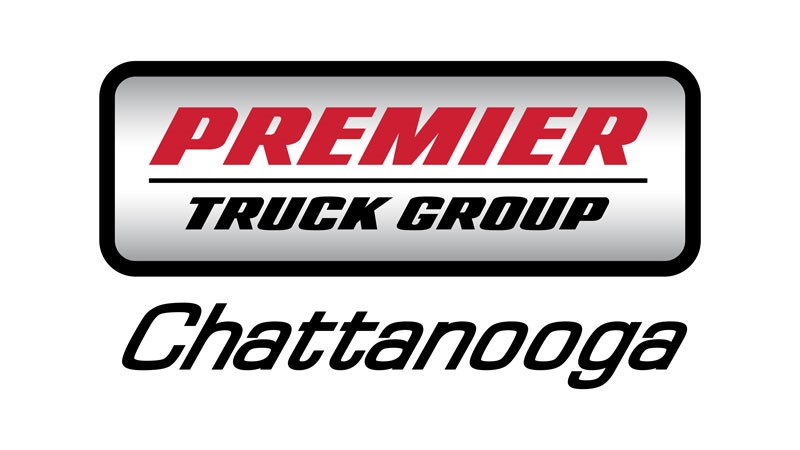 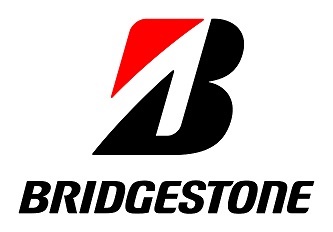 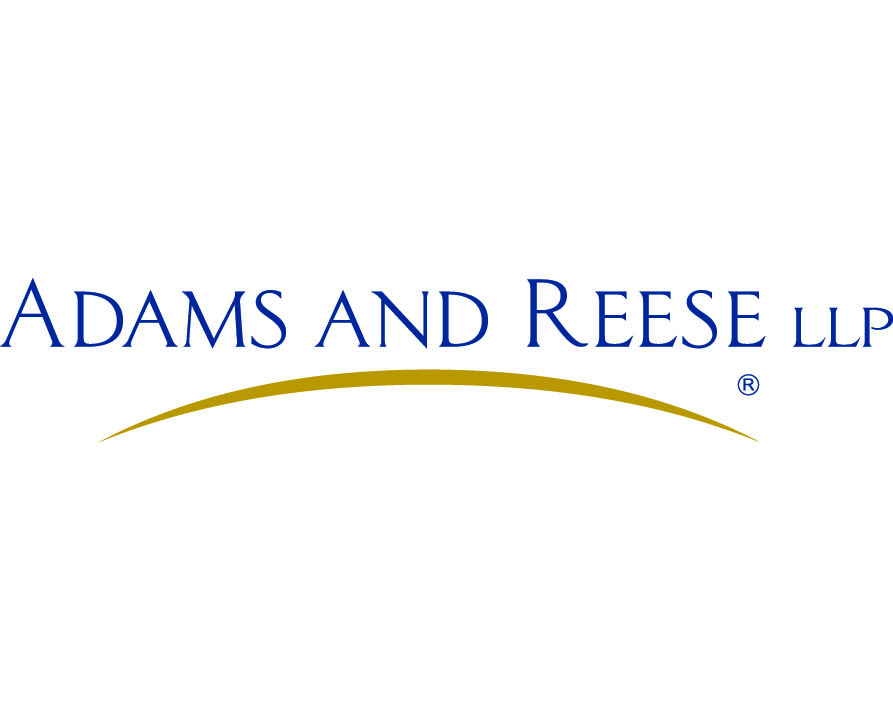 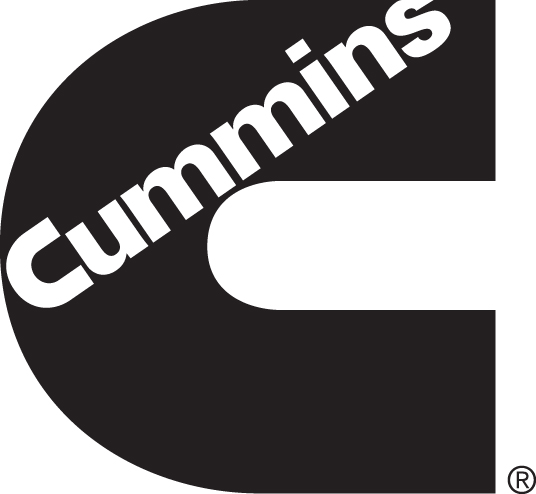 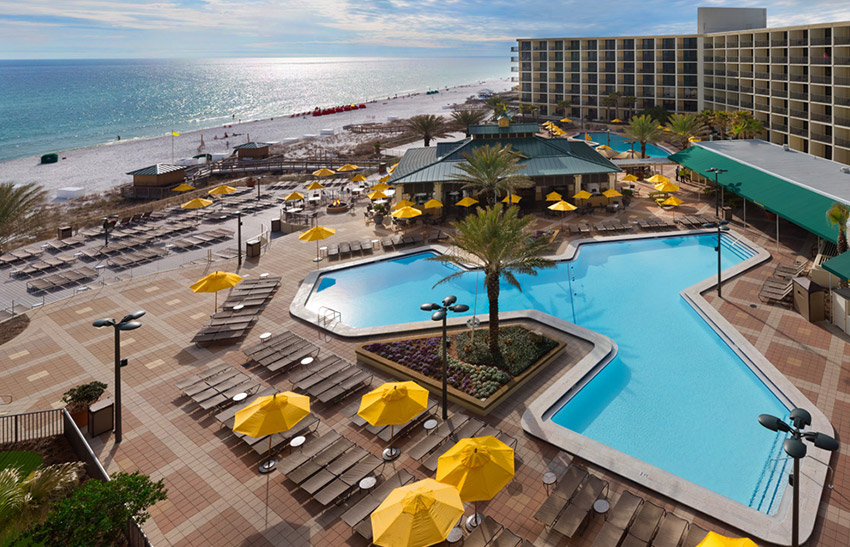 We are very excited to be back at the Hilton Sandestin for this year’s convention! 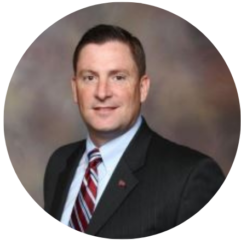 Lieutenant Colonel Robert J. Darling retired from the United States Marine Corps in 2007 with just over twenty years of active duty service. He served the White House during the attack of September 11, 2001, where he supported the President, Vice President, and National Security Advisor in the underground President’s Emergency Operations Center (PEOC) and witnessed unprecedented leadership and decision-making at the highest levels of our government.

Lt. Col. Darling shares the principles of crisis leadership and decision making with his audiences with an “edge of your seat” presentation that’ll take you from the moment the attack was realized, to the courageous decisions made to stop it, to the safeguards and policies our country now has in-place in an attempt to prevent it from ever happening again. This presentation is designed to ensure we, as a nation, never forget the events of 9/11/01, and to inspire all leaders to take the
necessary steps to protect and safeguard their employees, organizations, and their communities. 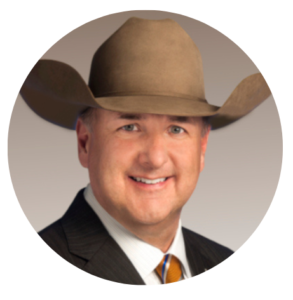 As a farmer and small business owner, State Senator Paul Bailey understands the needs of our community. His experiences in both business and local government, uniquely qualify him to serve the interests of the citizens of the Upper Cumberland and Tennessee.

As Chairman of the Senate Transportation and Safety Committee, Senator Bailey worked tirelessly to improve Tennessee roads, increase safety and invite new and better paying jobs to the area. Now as Chairman of the Senate Commerce and Labor Committee, Senator Bailey is hard at work to improve and preserve Tennessee’s place as a great state to work and raise a family. Over the past eight years, thousands of jobs have been created in Senate District 15 as a result of Senator Bailey’s efforts to promote business growth and better infrastructure. 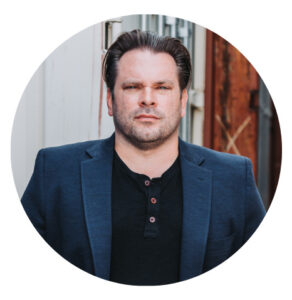 Jim Heide is a COO focused on bringing smarter technology to the transportation world.

Jim’s introduction to transportation was 20 years working with the most real, honest, and hard-working people he has met. Jim started in a Denver-based warehousing and drayage company that was eventually acquired by DHL Supply Chain. He moved into roles of operations, business development, and account management. The last role granted him control of the commercial relationship and operational oversight of third-party carriers focused on home delivery.

Jim’s evolution into technology was driven by the belief that tech should free us to focus on what’s important. As VP of Administration for 10-4 Systems, he negotiated contracts with Fortune 500 companies, started an in-house freight brokerage and played a key role in the due diligence efforts during the acquisition by Trimble. Jim joined Loadsure as COO & Cofounder in early 2019 to help build technology that makes transportation insurance lightning fast and as simple as one click. Loadsure has since seen fantastic growth, closing 2 major funding rounds and serving over 2,500 customers with their transportation insurance needs.

He is located in Denver, Colorado and when not working on Loadsure or his latest home tech project, he enjoys travel and the great outdoors. 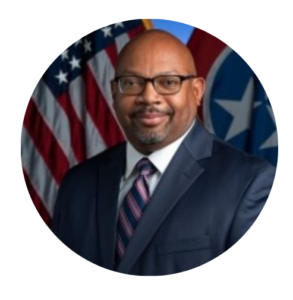 Michael Hogan was promoted to Assistant Commissioner of the Driver Services division in July of 2022. Prior to his promotion to Assistant Commissioner, he served as the Director of the Driver Services division where he was responsible for overseeing a statewide staff of 335 employees, 45 Driver Services centers and 46 County Clerk partners across the state. Under Hogan’s leadership, the Driver Services division broadened its services and instituted a number of customer service improvements such as credit card payments, expanded services online, increased organ and tissue donation registration as well as implemented the self-service kiosk at nearly 40 locations across the state. Prior to his appointment as Director of Driver Services, Hogan served as Director of the department’s Office of Strategic Planning from 2004 to 2008, where he worked with executive leadership to establish performance standards and measures that outline the department’s goals and strategies. A 2007 graduate of the Tennessee Government Executive Institute (TGEI), Hogan joined the Tennessee Department of Safety & Homeland Security after serving as Assistant Vice President of Operations and Client Relationships for State Street Investment Bank.

Hogan is a native of Nashville, Tennessee and a Marine Corps veteran.  He served in the Marine Corps from 1987 to 1993, including service as a Platoon Leader during Operation Desert Storm and Desert Shield.  Hogan serves on the Board of Volunteer Tennessee, which encourages volunteerism and community service in the volunteer state.  Hogan serves on the Temple Church Samaritan Center and the Tennessee Donor Services Advisory Board. Hogan serves as the President of the Middle Tennessee State University Alumni Advisory Board.  He has also served as a board member for the Nashville Downtown YMCA. Hogan was a 2014 recipient of the H.U.G.G.S. Visionary Award. Hogan was recognized by Governor Bill Haslam in 2014 for his military service and his service to the State of Tennessee. In 2016, Governor Bill Haslam awarded Hogan the Governor’s Excellence in Service Award for improving the department’s ability to serve customers. Governor Bill Haslam recognized July 31, 2018, as a Day of Recognition for Hogan for striving for perfection and settling for excellence while serving as the Director of the Driver Services division.  Hogan received the 2019 Donate Life America Innovation Award at the American Association of Motor Vehicle (AAMVA) Region II conference. Hogan is a member of Omega Psi Phi Fraternity, Inc. where he received the Fraternity’s 2008 Service Award.  He earned his degree in Business Administration from Middle Tennessee State University in Murfreesboro, Tennessee. 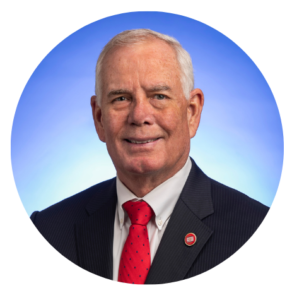 Pat is one of six children from a tight-knit family in Fayetteville, Tennessee. Raised in Lincoln County, he graduated from Fayetteville Central High School and went on to the University of Tennessee at Knoxville. There he earned a business degree with a major in Transportation.

After graduating from UT, Pat began his career with the Ford Motor Company at their Nashville glass plant. In 1973, he moved to Shelbyville and joined Goggin Truck Line – a small company with six tractors and twelve trailers. He worked his way up and eventually bought the company. As the owner, Pat grew Goggin to 500 tractors and 1000 trailers while employing over 1000 people. He sold the company and started a trucking company, Big G Express, with his brother Jack in 1995.

Pat was elected in October of 2009 in a special election to represent the 62nd District. In 2021, he was selected by his fellow state House members to serve in the role of Speaker Pro Tempore for the 112th General. He also serves on the Health, State Government, Transportation, and Calendar and Rules Committees.

He and his wife, Mary, reside in Shelbyville and they have two married sons and several grandchildren. 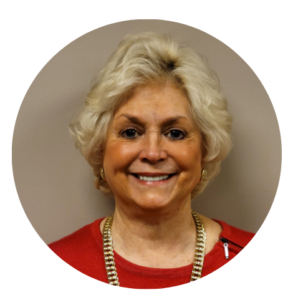 Ruby McBride is President and CEO of Colonial Freight Systems, Inc., a family-owned trucking company that began in 1943.   She has a transportation background that extends over 45 years, including operating her own brokerage company, working as a commissioned Agent and Terminal Manager for multiple motor carriers as well as working sales and dispatch.  Ruby has been honored to lead Colonial as President and CEO since 2014. Ruby will be speaking on Due Diligence. How bad can it be when lawyers don’t do their homework? Ruby knows all to well. You don’t want to miss this presentation. 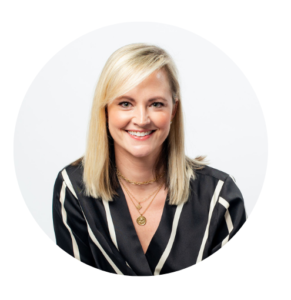 Jessie Merritt is Vice President of Sales for Reliance Partners, an insurance brokerage dedicated exclusively to the supply chain. Jessie has over 10 years of industry practice and serves on the board of the Tennessee Trucking Foundation. She is last year’s Young Professional of the Year and is the current Chairman of the Young Professionals’ Council. Those positions allow Jessie to focus on two initiatives she’s passionate about: fundraising and workforce development in the transportation industry. The YPC raises money throughout the year for the Haulin’ for the Holidays statewide Toy Drive and works closely with diesel technician programs throughout the state. As a third-generation woman in insurance, and a second-generation woman in transportation insurance, Jessie says “It’s hard not to be romantic about trucking: it’s so closely tied to our economy. Being able to offer solutions that enable more motor carriers to move more freight is extremely rewarding.” She and her husband Thomas live in Nashville with their two children, Wiley and Austin, who are enthusiastic toy truck collectors. 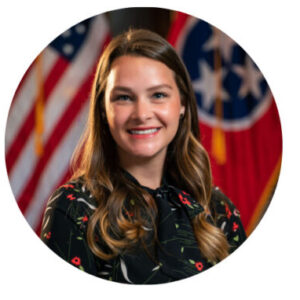 Elizabeth Stroecker is the Director of Legislation and Assistant General Counsel for the Department of Safety and Homeland Security. She currently provides information to members of the General Assembly regarding departmental operations and helps direct policy and issues for each legislative session. Additionally, Ms. Stroecker has the opportunity to work closely with members of the transportation committees, which is where vehicle safety legislation discussions begin. She is a graduate of the University Of Alabama School Of Law, which is where she also holds a bachelor’s degree. 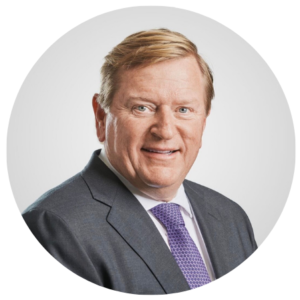 Harold joined J&M Tank Lines in 1976. He has over 40 years of experience in the industry. Harold is currently the Chairman of American Trucking Associations. Throughout Harold’s work career, he has been involved in various industry associations. He has always felt the need to give back to the industry that has been so good to him and his family.  He is a past Chairman of the National Tank Truck Carriers and The Georgia Motor Trucking Association.

Harold received a Bachelor of Science degree in Business Administration from Georgia State University. He and his wife, Shannon, have five daughters and six grandchildren. He is an avid upland hunter and off-shore fisherman.

American Trucking Associations Chairman, Harold Sumerford, Jr., CEO of J&M Tank Lines, Inc., will provide an update on the state of the trucking industry and what is going on in Washington, DC. Harold will also share his experience on the hot topic of Cybersecurity and how to prevent an attack on your company! 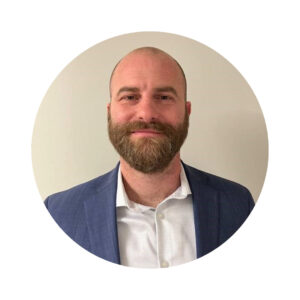 Justin Whitaker is a risk manager that’s passionate about improving fleet safety by capturing the benefits of emerging vehicle and driver-assistance technology.

Justin began his career as a litigation attorney, defending trucking companies throughout the legal process.  He left the private practice of law to help start an employee leasing organization, focusing on ways to reduce labor costs and streamline back-office operations. After leaving the employee leasing space, Justin worked as both an attorney and underwriter for Great West Casualty.  In those roles, he was exposed to many of the challenges that truckers face as they navigate the insurance relationship.

Justin joined Koffie in 2019 because he believes that safety-conscious trucking operations should be rewarded with industry-leading insurance rates.  And to combat the rise of nuclear verdicts, Justin is committed to making emerging driver-assistance systems available to fleets of all sizes.

He and his wife, Sarah, live in Knoxville, Tennessee with their four kids and three dogs.  In his free time, Justin loves spending time outdoors and serving as a volunteer wrestling coach.