Each year the Tennessee Trucking Association opens nominations for its Annual Driver of the Year Competition to be recognized. Companies are encouraged to nominate the driver in their company most deserving of this recognition.

Our Driver of the Year is Based in Blountville, Tennessee, and has nearly
34 years of accident-free driving experience. His love for the career began at the age of 20 when he followed in the footsteps of his grandfather, who was a longtime driver for McKinney Bridge Company. Jeff’s first job was driving a hydroseed truck for Country Boy Seeding, a locally based company. He then transitioned to cross-country driving for Carretta Trucking in Forest City, North Carolina, and also pulled a tanker for Smith Oil before joining FedEx in 1992.
In the past several years, He has visited many schools as a Tennessee
Road Team Captain to help educate children about safe driving practices
and how to responsibly share the road with tractor-trailers. He has
mentored other drivers, motivating and challenging them to constantly grow
their skillset and community involvement. Additionally, he serves on the
committee for driver safety reviews, as the driver/trainer for new hires, and
leads the Safety Committee at FedEx Freight in Kingsport. He continually
works to recruit new drivers into the company and into the industry.
Throughout his nearly three decades with FedEx, He has earned multiple
honors and awards, including:
• The FedEx Freight Bravo Zulu Award for Safety in 2021;
• The FedEx Freight Master President’s Safety Team Award in 2017;
• The FedEx Freight President’s Safety Team Award, also in 2017; and
• The 25-Year Safe Driving Truck Award.

In his free time, he enjoys drag racing, restoring old Mopar’s, traveling and
spending time with his family. We are proud to introduce the Tennessee Trucking Association’s 2021 Driver of the Year, from FedEx; Jeff Stinson 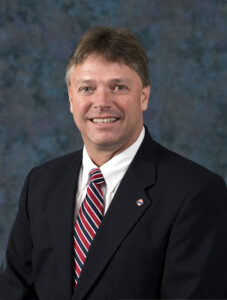