WHAT IS THE BIG PAYBACK?  The Big Payback is an exciting 24-hour window when Middle Tennessee comes together to contribute to the life-changing work of local nonprofit organizations. It was created by The Community Foundation of Middle Tennessee as a way to increase philanthropy in the 40 counties of Middle Tennessee and to galvanize the community to “give back” in a big way. This giving day shines a spotlight on LOCAL giving and creates a new sense of energy around generosity. Click here for information about the Big Payback.

We will make sure this  link is live at 06:00 PM on Tuesday, May 6, 2020!  Ask your friends and family to donate as well.  All the donations will go toward the Foundation to support our Road Team, Teens and Trucks and the scholarship fund for Juniors and Seniors attending Tennessee colleges.  The date this year is May 6, 2020.  Last year we only raised $8,560 through this Community Foundation one-day event. We can do better than that!! As little as a $10-dollar pledge from each of you will make a huge difference and allow our Foundation to provide more scholarships and reach more of your young drivers in an effort to save teen lives in Tennessee.

Thank you for your interest in giving to Tennessee Trucking Foundation (TTF). We could not continue the important work we are doing without the generous donations of individuals and companies, and donations of all sizes are appreciated. 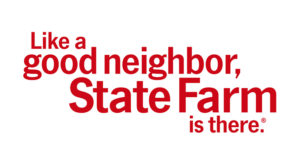 State Farm is the largest home and auto insurance provider in the U.S. and holds a mission to help people manage the risks of everyday life, recover from the unexpected, and realize their dreams. For 98 years, State Farm has been committed to giving back in their communities where they live and work. State Farm’s values support building safer, stronger, and better educated communities. State Farm certainly are good neighbors always lending a helping hand (www.statefarm.com).

“Our thanks to State Farm for their consistent, ongoing support of our Foundation’s Road Team Captains! The funds they contribute allow our Captains to educate Tennesseans of all ages on how to safely share the roads with commercial vehicles,” said TTA’s President and CEO Dave Huneryager. “We sincerely appreciate you, State Farm!” 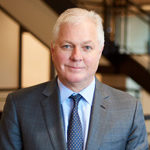 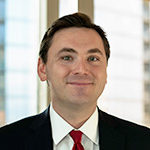 On Thursday, March 19th, the Tennessee General Assembly passed a dramatically revised budget and recessed until June 1, 2020, following a series of unprecedented events in Tennessee’s history. In all, the month of March has been one Tennesseans would soon like to forget. The areas struck by the deadly tornadoes of March 4th are still early in the recovery process, and face a hard road to rebuild. And now, with the state on economic lockdown due to the coronavirus, many workers across the state face uncertain economic futures.
In March, working on a compressed and expedited schedule, lawmakers passed a $39 billion budget and a few bills deemed “mission critical” before recessing to allow members and staff to return home due to the coronavirus. Legislative leadership maintains that all other bills will get a fair hearing after the recess, but for now all legislation is effectively placed on hold, including the bulk of the legislation that members filed this session. While legislative leaders have indicated a return date of June 1, if the month of March is any indicator, it would be safe to say there are no guarantees.
However, until the legislature formally adjourns “sine die”, any and all legislation that has not been previously defeated in committee is still technically alive and can be pursued when or if the legislature reconvenes. This includes the TTA’s bill dealing the drop deck length distance from the king pin to rear of the trailer. The measure was scheduled to be discussed on the Senate Floor, but it was moved back to the Senate Calendar & Rules Committee amid the pandemic. While in the House, it is expected to be heard in the Safety & Funding Subcommittee when the General Assembly meets again.
The budget passed by the General Assembly in March deposits $350 million in the state’s “rainy day” fund, the largest contribution ever made, bringing the state’s rainy day fund total to $1.45 billion. The spending plan also creates a $150 million coronavirus fund, designed to “help be responsive to health and safety issues resulting from the coronavirus.” Governor Lee also doubled his original investment in grants to local governments, increasing the amount from $100 to $200 million; funds that could be used by local governments to provide relief for the coronavirus and the deadly tornadoes that hit the state, and the budget also adds $30 million to the Disaster Relief Fund for TEMA in response to the tornado disaster.

On Monday, March 30th, citing the growth of the coronavirus in Tennessee’s urban areas and his concern about the disease’s potential impact on rural areas, Governor Lee announced the issuance of a statewide “safer at home” order. The statewide decree actually is comprised of two separate Executive Orders, which take effect at 11:59 p.m. on Tuesday and last through April 14.

adds businesses such as barber shops, hair salons, tattoo shops and entertainment and recreational venues to the list of business that were closed by the Governor last week in

, and extends that Order.

lists the types of businesses that the Governor deems “essential,” and urges residents to stay at home as much as possible.  As always, it is a pleasure to represent you before the Tennessee General Assembly. Please stay safe and healthy and call on us if you need anything.